Buy the hardback or

In 1962, five-year-old John Townsend believes he has witnessed a brutal murder at a local playground. As his memories fade, the nightmares intensify. In fifth grade, John, with aid from pals Vince and Billy, uncover evidence deep in the spooky Woods implicating a mysterious neighbor.

Braving the restless '70s, the teenage crew recruits Karen and Melissa to help stir up the pot. Unable to sleep, John takes things into his own hands, maybe going a little too far.

Approaching thirty and sure the past is far behind, John reminisces about what might have been. Schoolmates encourage a fateful trip back to his small New Jersey hometown. Longtime friends transform while unburied evil lurks, turning life into a living hell.

Quietly struggling with middle age in an insane new world, John  dares to take the family on one final road trip north. Seeking the  truth should never be so disturbing or dangerous. . . . 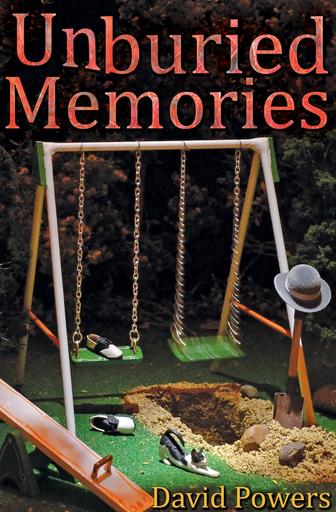 -Excerpt from the best-selling book:

"The penlight lay on a glossy patch, the ray facing a heap of wood. Mind sharpened by the sudden jolt of impact, I strained for the flashlight. Something white emerged near the pile of twigs. What is that?"