​Buy the hardback or

"​Leroy Davis braced his elbows on the sharp edges of the aluminum windowsill. The torn and bent bug screen rested against the wall. His left hand clasped the forestock of a hunting rifle. His right index finger rubbed the front of the trigger guard. Roy pressed his right eyeball to the eyepiece of the high-powered telescopic sight. One hundred yards away, beyond the bleakness of a plowed cotton field, Mrs. O’Sullivan’s dog snuffled a hedge of scorched chaparral. The strong-minded German Shepherd smelled a rabbit."

Leroy Davis became Sheriff in the small mining town of Bisbee, Arizona to track down his sister’s murderer. Thirty years later, Roy—at his wit’s end—is still searching for clues. The perplexing hit-and-run of a visiting bicyclist opens a can of worms that cannot be closed without more bloodshed.

Bill, an ex-detective researching worldwide homicides, and his computer hacker grandson, Alex, discover dark ties between the scores of bizarre deaths. Tom, a loner, is recruited into a secretive organization. Doctor Martin relieves growing stress on a vacation to freezing Alaska. Olivia, a woman born nameless, fights her inner demons—can she be reformed? Maria finds herself trapped in the middle of all the mayhem.

Shall the monster who butchered Helen Davis receive a just retribution? Will Roy find peace of mind and an end to his eternal loneliness?

Can anyone protect the flock? 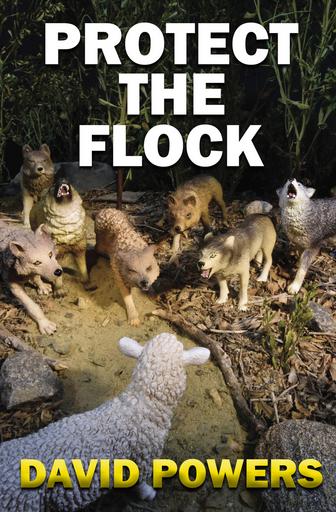